The place and time we are born defines us in so many ways. In psychology there is still so much being said about the individual, and although social psychology is a growing discipline , much of the work with clients fails to include the social the environmental factors which could help ourselves in the making sense and healing the difficulties we face.

The more I reflect more I come to consider the environmental social and structural aspects of society as factors that mark the human character and experience, as important as those individual characteristics and family dynamics in the forming of our identity, sense of self and the way we see the world. I reflect here on some of the background issues present around the time of my birth and how I see their impact on my life.

In 1976, Brazil was under a military dictatorship, media was censored, and a constant level of fear was pervasive. Communists, or any allegedly opponent to the government were prosecuted, tortured and killed, most of them young students and professionals from middle class background. They could have been my parents. I wonder how they felt about the safety of my arrival, I wonder if they thought about it at all, if they were aware of afraid of the dangers imposed by the government and the general sense of societal instability as part of life in a 3rd world country. I am really not sure if they felt the fear, which became my constant state of mind, and still requires a great deal of negotiation and healing. I am still surprised to observe the different approach to life in people who do not have the hypervigilance as a default mode of functioning, which to me this is the norm, sadly.

In their young married life, both in their mid-twenties, living in a relatively safe neighbourhood of Sao Paulo, a mix of mostly Italian, Japanese and Korean were the cultural mix around us. I can see how I feel more comfortable with a mix of nationalities, looks, accents and cuisines. I feel at home when I can blend in as one more, in spaces of many different ethnicities. This, I see as a positive influence.

Being female, brought very specific expectations and directions to my upbringing, some of which I am still working on bringing into awareness and coming to terms with. Women have not been emancipated by the time I was growing up; the feminist revolution had not yet happened in Brazil. Only moving away from the country, I gained a sense of perspective, which allowed me to see how, in many ways I was still living in the1950s…

Another aspect very present at the moment of my birth was the overmedicalization, that picture was taken at the hospital where I was born and.  By insistence of my mother against the culture of the time, I was one of the few babies of my generation that arrived on Earth via a natural delivery. The private health sector in Brazil is responsible for the highest number of C-section in the world around 80 to 90%, in the state provision is still very high at around 50%. This statistic makes me wonder, what is defining women’s choices regarding their bodies, their understanding of health and the power dynamic involved in doctor/patient relationship.  I guess the fact my mother did not follow the norm and gave herself some space to make a decision that was right for her, set an example for myself and my own sense of self-authority in relation to my health.

Being aware and reflective on these issues allowed me to allocate the origin of some of my ways to navigate this life. Nothing is by chance or meaningless, the backdrop of the culture, its limitations and its resources were the first ever influencing factor to me becoming me, even before I was born…

PrevPrevious18 to 25 year olds the myth of an early adulthood

18 to 25 year olds the myth of an early adulthood

being young can be tough, and not always this much relaxation and fun!

Counselling can be a somewhat mysterious activity and sometimes intimidating, especially if you don’t know what to expect. 1. Counsellors are not there to give you 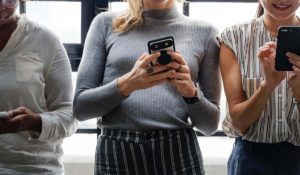 Is social media damaging your life?

Please contact to talk about your needs and how I may be able to help. Skype and home visits available.